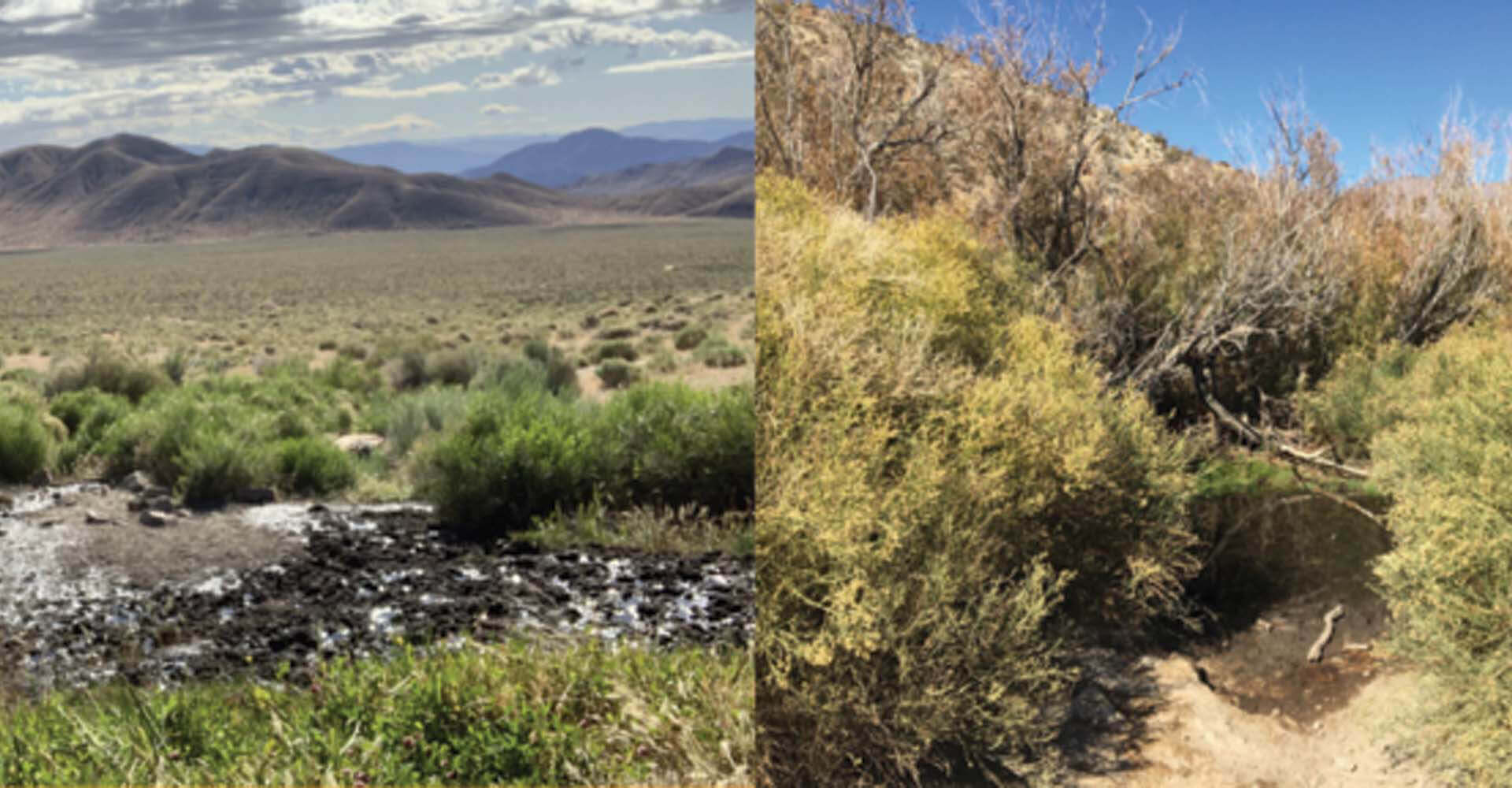 A new study from the Raymond M. Alf Museum of Paleontology and collaborator institutions shows that cougars in the deserts of southern California and Arizona are hunting feral donkeys, filling a niche once held by dire wolves and sabertoothed cats.

The paper – “A novel trophic cascade between cougars and feral donkeys shapes desert wetlands” – was published July 24 by the Journal of Animal Ecology and featured in the blog Animal Ecology in Focus.

Dr. Mairin Balisi, an expert in mammalian carnivores who joined the Alf Museum as the Augustyn Family Curator on July 1, is among an international team of 11 authors on the study, which is led by Dr. Erick Lundgren, a postdoctoral researcher at Aarhus University in Denmark.

The paper tracks a modern-day shift in predator-prey ecology that echoes relationships that existed during the late Pleistocene, or the last ice age, which ended about 12,000 years ago. In the Pleistocene, saber-toothed cats and dire wolves hunted horse species that then inhabited North and South America, including California. Cougars were present, but not thought to have hunted megafauna such as horses. Habitat disruptions – including human impacts – led to the extinction of both the prey and predators. The cougar, or mountain lion Puma concolor, is the only big cat still inhabiting California – famously represented by P-22, the mountain lion living in Griffith Park in Los Angeles – but it is dwarfed by the extinct big cats of the Pleistocene.

Today, introduced horses and donkeys once again roam the wilds – leading to concerns that without natural predators they would harm fragile desert ecosystems. Instead, the study showed that cougars are stepping into the role of the extinct predators and creating a new ecological balance.

The paper tracked areas in Death Valley National Park where feral donkeys are hunted by cougars and areas where they are free from predation. The study showed cougars not only limit donkey population growth, but also impact donkey populations indirectly. Donkeys hunted by cougars are not active at night and far less active during the day. As a result, donkeys regulated by cougar predation cause far fewer disruptions to ecosystems.

“However, if you go just a few kilometers away to wetlands where mountain lions are hunting donkeys, wetlands are lush with untouched vegetation, have only one or two donkey trails, and limited trampling,” Lundgren said. “The differences between wetlands with and without mountain lion predation are remarkable and are even visible from satellite imagery.”

“This collaboration between paleontologists and wildlife biologists enables us to take a deeper-time perspective than most ecological studies,” Balisi said. “Our study has documented what appears to be a novel phenomenon – mountain lions hunting feral donkeys – but the fossil record shows us that, while the characters are relatively new, the roles that they play are as old as time.

“Extinct ecosystems can provide context for modern day, in this case enhancing our understanding of predator-prey relationships. This study illustrates paleontology’s relevance to practical questions of broad stakeholder interest, like conservation and land management.”

Copyright © Raymond M. Alf Museum of Paleontology
2023 All Rights Reserved.
Back To Top